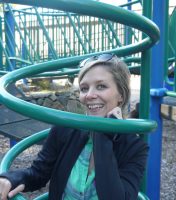 Welcome to the Science Explorers for Homeschoolers blog!

We will share here some of the projects, experiments and concepts that we explore in the Science Explorers for Homeschoolers classes, which are designed for ages 6-10.

Water is amazing. Everything that is alive depends on water. Water can exist in THREE different states. Some things float in water, while other sink. There's so much to learn and experiment with when it comes to water.

Always start with the essentials! The Scientific Method is what scientists of every age use to learn things. There are four steps:

For example you can use baking cookies as you go through the four steps.

Try this, put an egg into a cup of water and observe what it does. Does it sank to the bottom? Does it float or have buoyancy (otherwise known as "bouncy buoyancy"? Now gradually add salt to the water. Eventually, after A LOT of salt is added, the egg will float to the top! When the egg was first put into the water it had a greater density than the water, so it sank. When salt was added to the water–it increased the density so that the egg was pushed up (buoyancy) and floated to the top of the glass.

Another great way of testing density is to make glitter tubes. We found that instead of floating or sinking, the glitter sailed along in the water, much like a feather floating in the air. This is because the glitter and the water have very similar density.

Effective March 15th the Museum will have both mask-required and mask-optional days. This will give all visitors a chance to experience the Museum in a manner that addresses individual comfort levels.
Masks Optional: Wednesdays through Saturdays - both morning (9am-noon) and afternoon (1-4pm) play sessions
Masks Required: Tuesday and Sunday mornings, 9am-noon (for everyone over the age of 24 months)

Give them a gift that takes up ZERO space on the toy shelf, but a year's worth of fun!