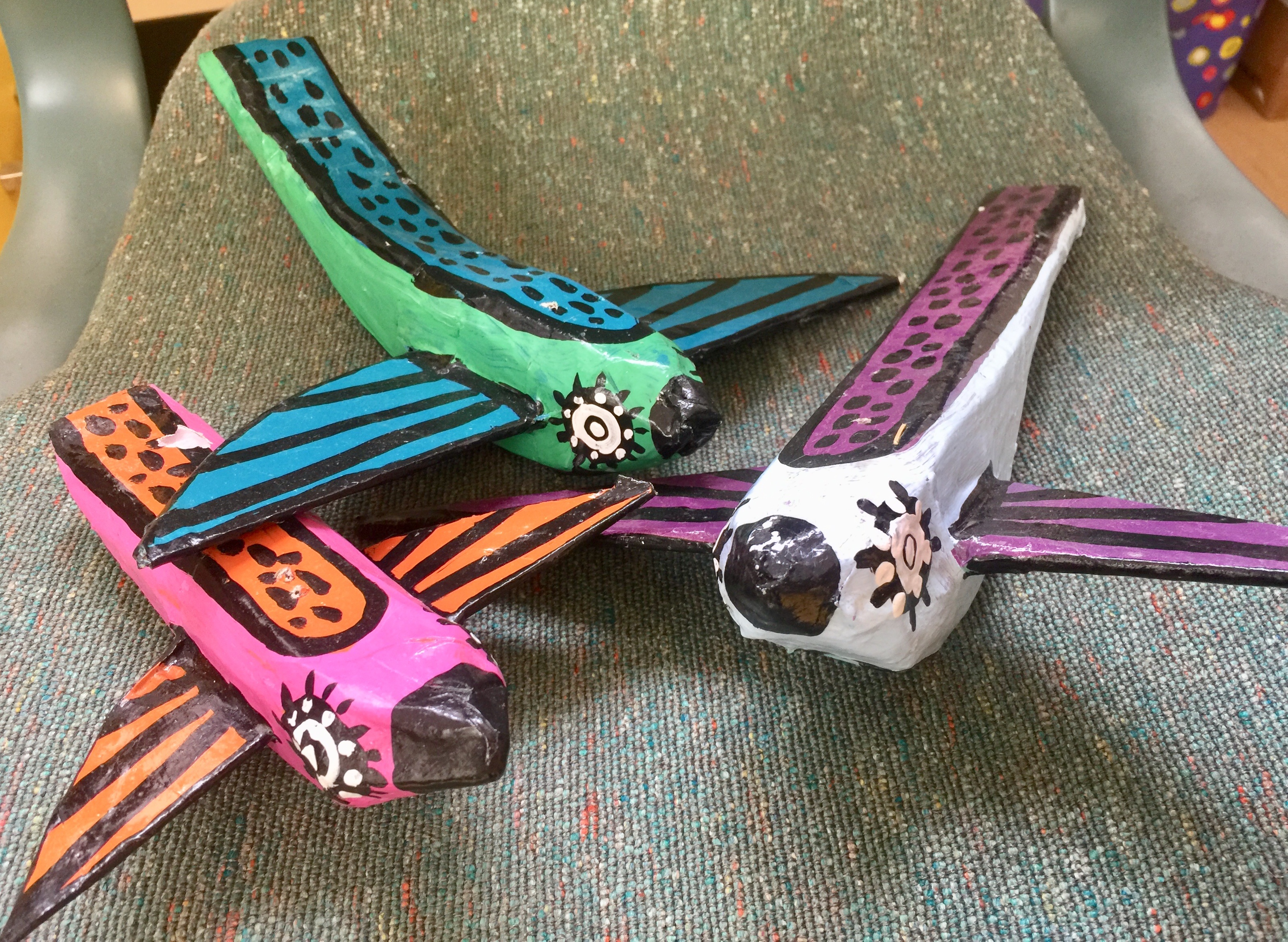 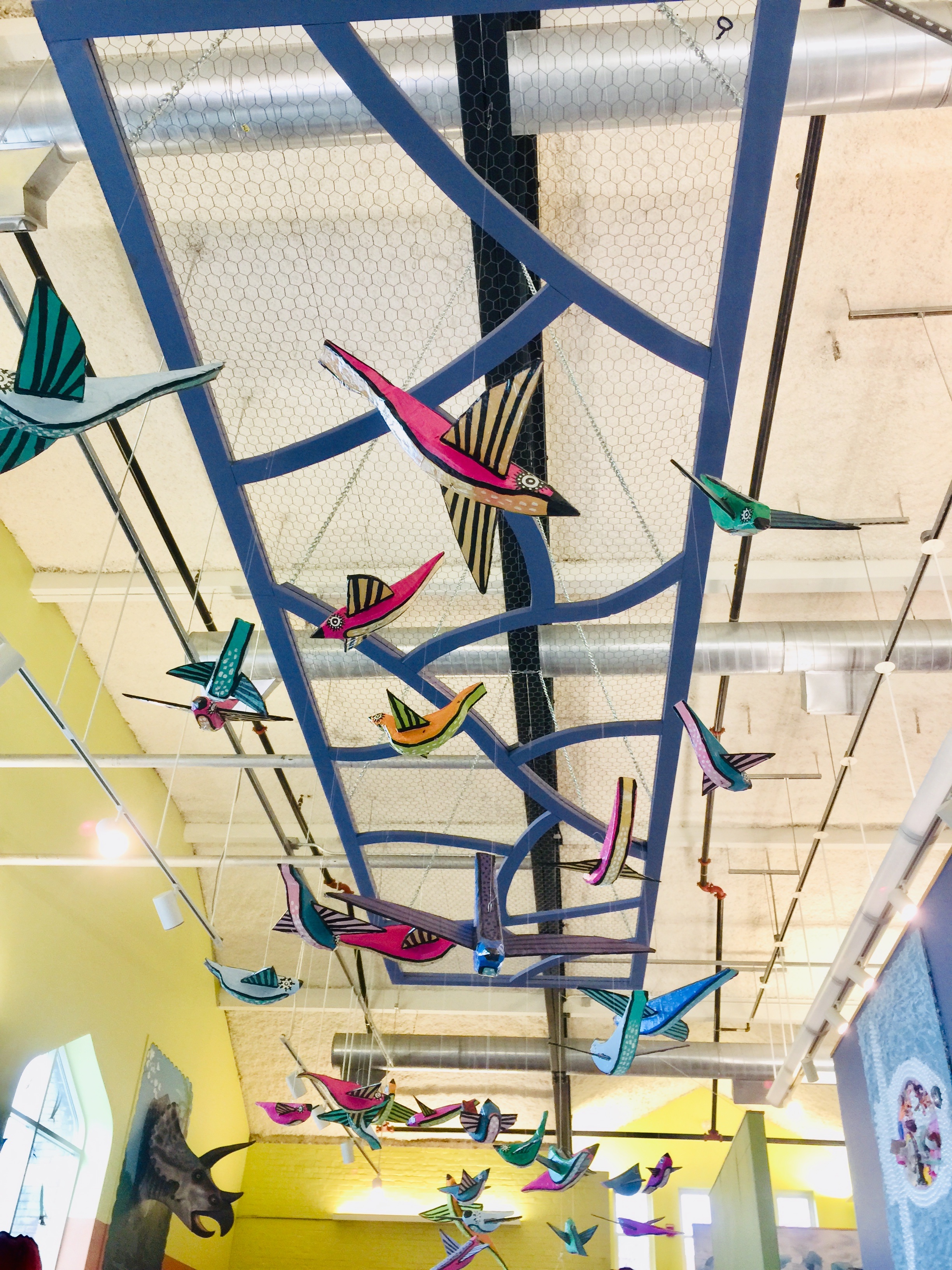 Next time you are in our Muse Studio, take a look above you and enjoy the colorful array of flying “birds”. South Berwick resident and artist Peter Flynn Donovan donated a flock of his birds to be enjoyed by all our visitors. In the spring of 2018, Peter was in a group art exhibition at the Portsmouth Public Library, called “Of a Feather.” His contribution to the show was a sculptural installation entitled: “Tah Dah!”

This art installation consisted of a five-foot cartoonish green duck who held in his hand an orange magician’s hat, out of which170 of these birds flew. Unfortunately, the majority of these birds were destroyed since being displayed in Portsmouth. But  thankfully the surviving birds have found a new home here at the Children’s Museum of New Hampshire.

Peter is a folk artist whose work is a narrative of the personal and universal conversation of what it is to be alive. He is strongly influenced by mythology – personal, world & religious. He makes art because it is one skill he feels has contributed to the vast experience and existence of Humanity. He is inspired by other artists and creators. He is honored to participate in this challenging avocation, and to be part of an often-invisible royal lineage whom make the world a deeply richer place.